Montserrat not ready for Investors 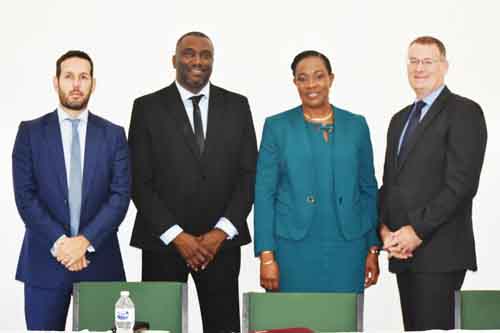 busy budgetary and economic updates, seminars, discussions, negotiations and workshops on border security and control ended in Montserrat, there could no doubt that what stands out and expected to be developed as a firm message or a request to HMG/DFID can be found in the words delivered by the East Caribbean Central Bank (ECCB) Governor.

Only moments later following after the media who had a sitting with the ECCB Governor Timothy Antoine and his team, the Premier and the DFID Financial Aid Mission (FAM) team told us that there were absolutely no discussions on capital projects for Montserrat.

At a formal opening of the FAM briefing the Premier told senior public servants and media, et al, “recurrent budget funding on its own will never get us out of dependency. In addition, I would like to see urgent action and real progress made around future proofing of Montserrat with regards to our resilience to hurricanes and other threats, we know too well how it has affected our neighbors, this is an urgent request.”